We have updated our Privacy Policy. We recommend you to read it as it explains how we collect and use your data. For more information, click here. By continuing to browse this site, you are agreeing to the use of cookies for statistical and advertising purposes, as well as to facilitate information sharing on social networks. To find out more and change your cookie settings. Privacy Policy 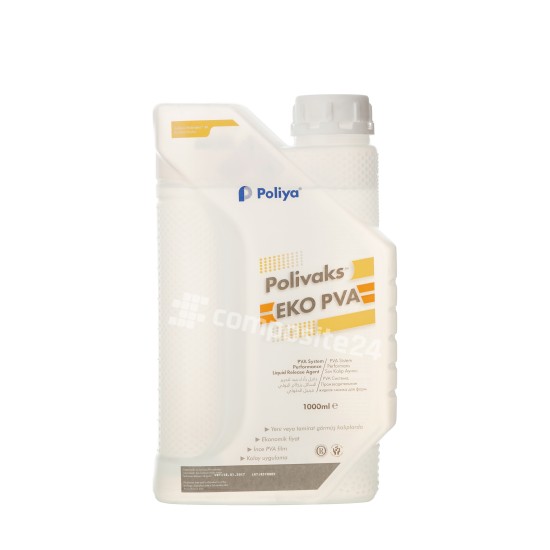 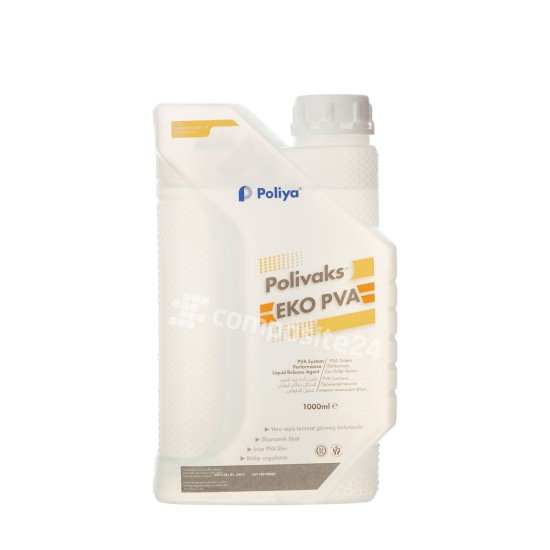 PVA (Poly Vinyl Alcohol) mould release agent can be wiped, sponged or sprayed on to a wide range of pattern and mould surfaces to provide a very compatible and reliable release barrier for polyester, vinyl ester and epoxy composites.

PVA is often the first-choice release agent whenever there is increased risk of a mould sticking to a pattern or a part sticking to a mould such as when using patterns or moulds for the first few releases or when using potentially incompatible resin systems for the mould and the part (using polyester moulds to make epoxy parts for example.

If applied properly PVA is very unlikely to fail as a release agent although whether applied by rag or sprayed onto a mould surface it will always leave a slight texture to the finished part which will need to be polished away. For this reason, PVA is often only used for the first few releases or when release problems are more likely. A mould that has done a few releases and is made out of a suitable material for the parts you will be making can then be changed over to mould release wax which can be polished to leave a mirror finish on released parts (which PVA cannot).

First, ensure the mould surface is suitably sealed (porous surfaces such as wood or or plaster must be sealed before they can be used as a pattern or mould), clean and free from any contaminents.

Using a clean lint-free cloth apply a reasonable amount of PVA Mould Release Agent to an area of the rag. The cloth should be well wetted by the PVA in this area.

PVA is only ever applied in a single coat. Do not attempt to apply a second coat as this will simply remove the first coat as you try to apply the second coat and result in a more uneven surface.

Allow the PVA to dry fully (around 15mins) before you begin laminating.

When re-using a mould you should remove any traces of the PVA using water and clean thoroughly before re-applying PVA.

From the same category